Showing posts from January, 2022
Show all

I Never Made A Fortune From DJ Work

I'm about to celebrate what should have been my 35th year as a DJ and its got me thinking about how much I earned for my DJ Gigs. I started as a DJ in March 1987 at a Youth Centre in Scunthorpe. After the previous DJ got caught up in a fight on my first night at the Youth Club. At first I never got paid but then I managed to talk the Youth Centre into paying £5. During the Summer Holidays of 1987 I did some work for a Mobile disco I didn't get paid until my dad stepped in and got me what I was owed. My Dad put his foot down I wasn't to work for Music Box again... I think I made about £40 in the end. Then I got poached by another Youth Centre to do their Friday night Discos and I got £8 a night. What money I did make from DJ work was ploughed back into my record buying I spent a fair bit on records. My record collection was stolen in December 1990 by some lowlife SCUM They had to
Read This Post » 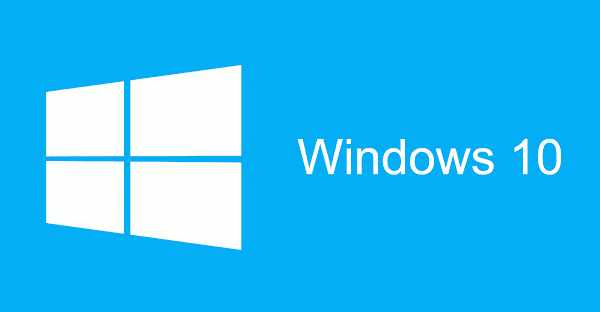 For about a week now I've been trying to get to the bottom of Audio GREMLINS on Windows 10 I was trying to record stuff with Audacity the second I hit record the audio would stutter or drag. I tried with other recording software and encountered the same problem. I have to say this problem stumped me slightly at first. As the issue was happening on seperate computers (8GB 16GB 32GB) I had to start narrowing down suspects. Then I wondered if it was the audio drivers but updating them made no difference. I'd even gone as far as reinstalling Windows 10 on one computer. Then I decided to take a look at the Virtual Audio Cables, I uninstalled them, Rebooted and tried again with other VAC software. BINGO! thats where the problem was with the virtual audio driver... Breakaway One Pipeline has worked OK for the past few years but alas since the latest feature update on Windows 10 its br
Read This Post »

Why Do Some Radio Station Owners LIE? 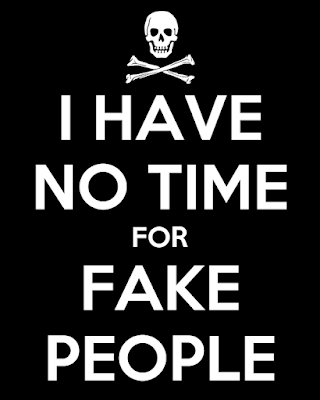 I hate people who BULLSHIT & I hate it even more when I see someone LYING Online. There sadly are quite a few LIARS amd FAKES in the world of Internet Radio I know I've dealt with most of them on Forums. There's a SAM Broadcaster Pro user who claims that he's been streaming with SAM since 1986 He'd have a HARD Job the Internet wasn't around in the 1980s and SAM Broadcaster itself wasn't coded/released until 1999 There wouldn't have been a computer able to run SAM in the 1980s. So you can see my issue Blatant Lies on a profile get the hairs on the back of my neck standing up. Mind that SAM Broadcaster user isn't alone in giving FALSE details about their radio station. A radio station owner once boasted that he had 20,000 listeners yet when I checked his streaming server pages he had less than 100 listeners. You sometimes get stations on Shoutcast that fake their Listener counts so they get l
Read This Post »

There Is No Need To Use Expensive Encoding Software 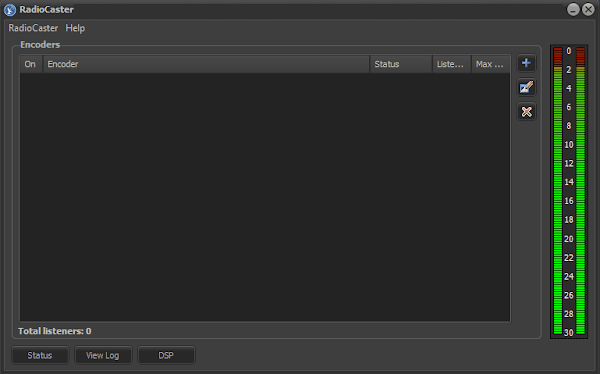 I've recently retested a couple of pieces of PAID for stand alone encoding software. I tested Radiocaster ($59) and SAM Cast ($200) RadioCaster was easy enough to setup and configure I had a stream setup within 3 minutes. Feb 24th 2022: As RadioCaster is coded by a Russian developer I am asking people (NICELY) to BOYCOTT software from DJ Soft What's happening in Ukraine is quite frankly appalling by anyones standards The demo of Radio Caster comes with an annoying BLEEP over the stream every 15 minutes. Since I first tested RadioCaster its always buffered after 10/15 minutes of streaming I don't know if its a codec issue but something isn't right The buffering has happened on different computers and ISP connections over the space of 5/6 years. SAM Cast has real issues trying to populate Now Playing metadata. SAM Cast encoders have a nasty habit of Buffe
Read This Post »

Is There A Way to Get Metadata From SAM Cast? 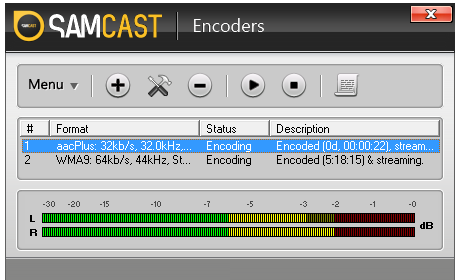 A user on the RadioDJ forums was looking to get the now playing information into SAM Cast so his listeners knew what he was playing. I tried and tried and failed in the past to get now playing metadata into the streams from SAMCast formerly Simplecast. There are users who claim to have title streaming working but when I follow their instructions it still doesn't want to work. This was a post by a user on the Spacial Audio Forums Having paid for Sam Cast I was determined to make title streaming work I now realise that it won't The File Poller application still didn't read or update metadata from a file The user on the forums stated that he's tried everything he can think of including trying to use Serial Ports. SamCast title encoding won't work. I tried installing it on the same PC as RadioDJ as well as a serial cable from the Radio DJ PC to the SamCast PC The stand alone encoders I promote read text files to stream the now playing metadat
Read This Post » 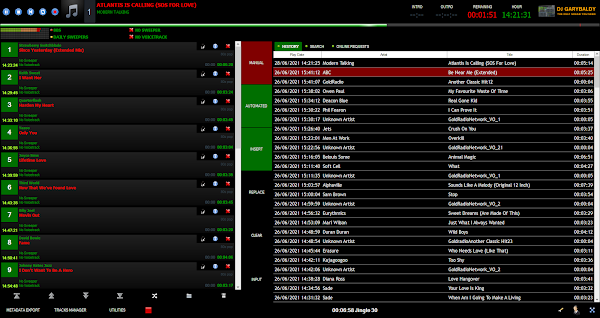 This is a common question we've seen on the RadioDJ forums. Q: Will RadioDJ free radio automation software run under .wine on Linux? A: Not at present and yes you can quote me on that! Don't believe us then feel free to test the theory out at your own risk! If you manage to get .NET installed there is no guarantee RadioDJ will work properly on .wine RadioDJ v2.x.x requires .NET 3.5 and 4.8 Even IF the database setup tool runs and you get RadioDJ fired up the program may not function and will constantly throw up errors at you. This is what happened last time I tried running RadioDJ under .wine I used to test when I saw an update for .wine or MONO and got frustrated at the same error messages everytime. I tested again recently and couldn't even get Wine/Winetricks to install correctly on an 64bit Ubuntu Studio. Users claim to have RadioDJ running on Wine but when you ask those users HOW they did it they never come back to explain the st
Read This Post »

Its Really Easy To Sort Your Music Library With RadioDJ 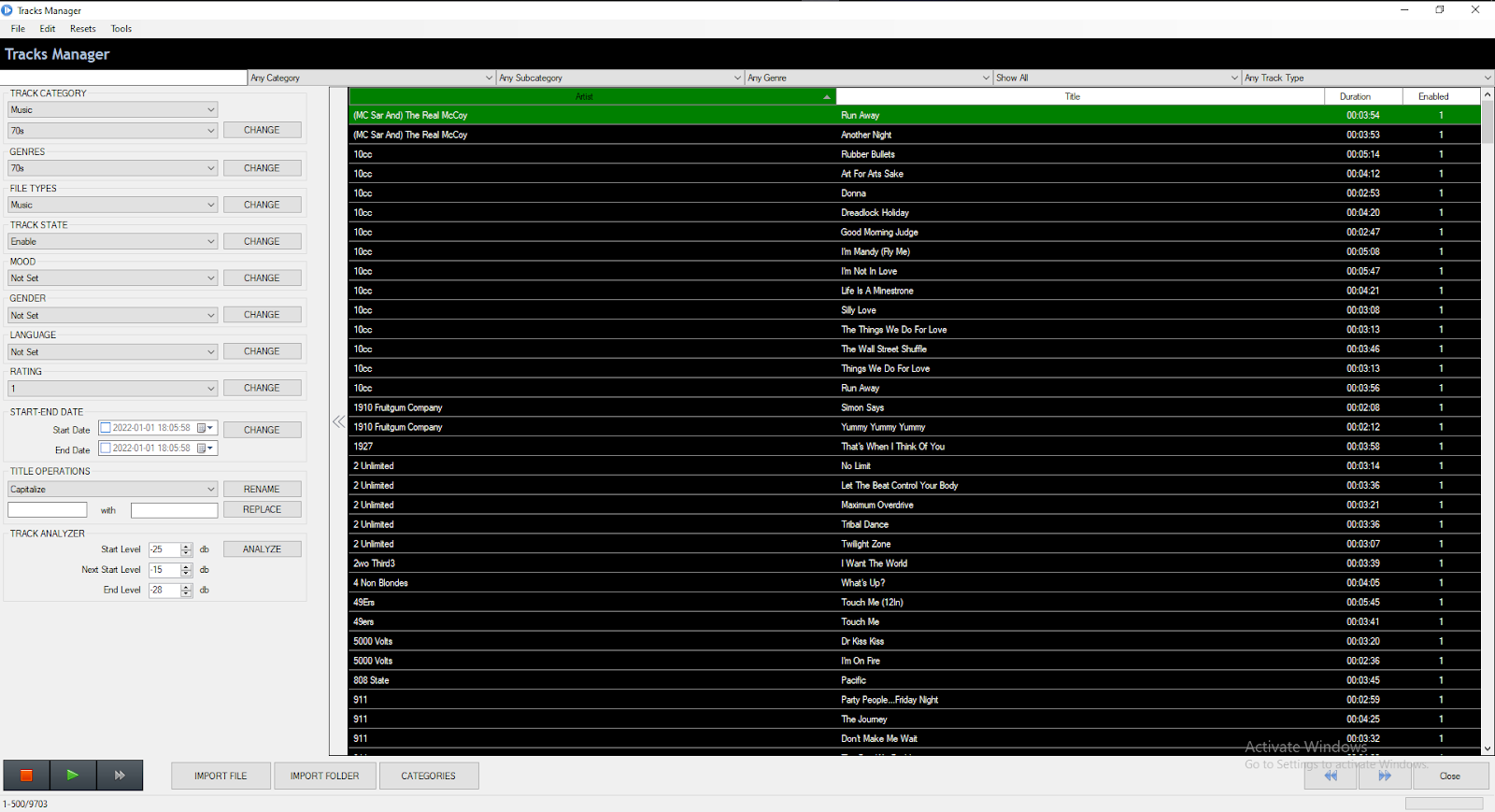 After 7 and a half years with the same RadioDJ database I've decided to rebuild my song categories and song library from Scratch. My SQL database hasn't gone wrong or crashed its just I felt like doing a rebuild. I've spent a lot of time staring at tracks manager over the past couple of days. Knowing the categories my music was previously catalogued under has made life a lot easier. You can setup and create multiple subcategories and genres. Top Tip: Whenever you make a change to any of your songs you need to take a backup this will preserve your changes. This is where RadioDJ excels compared to other expensive software Other software doesn't come with a way to backup your database data Even IF you manage to get your database backed up in other radio software you may just find it doesn't backup all your table data. Whereas the RadioDJ Datbase setup tool backs up your entire database an
Read This Post »
More posts 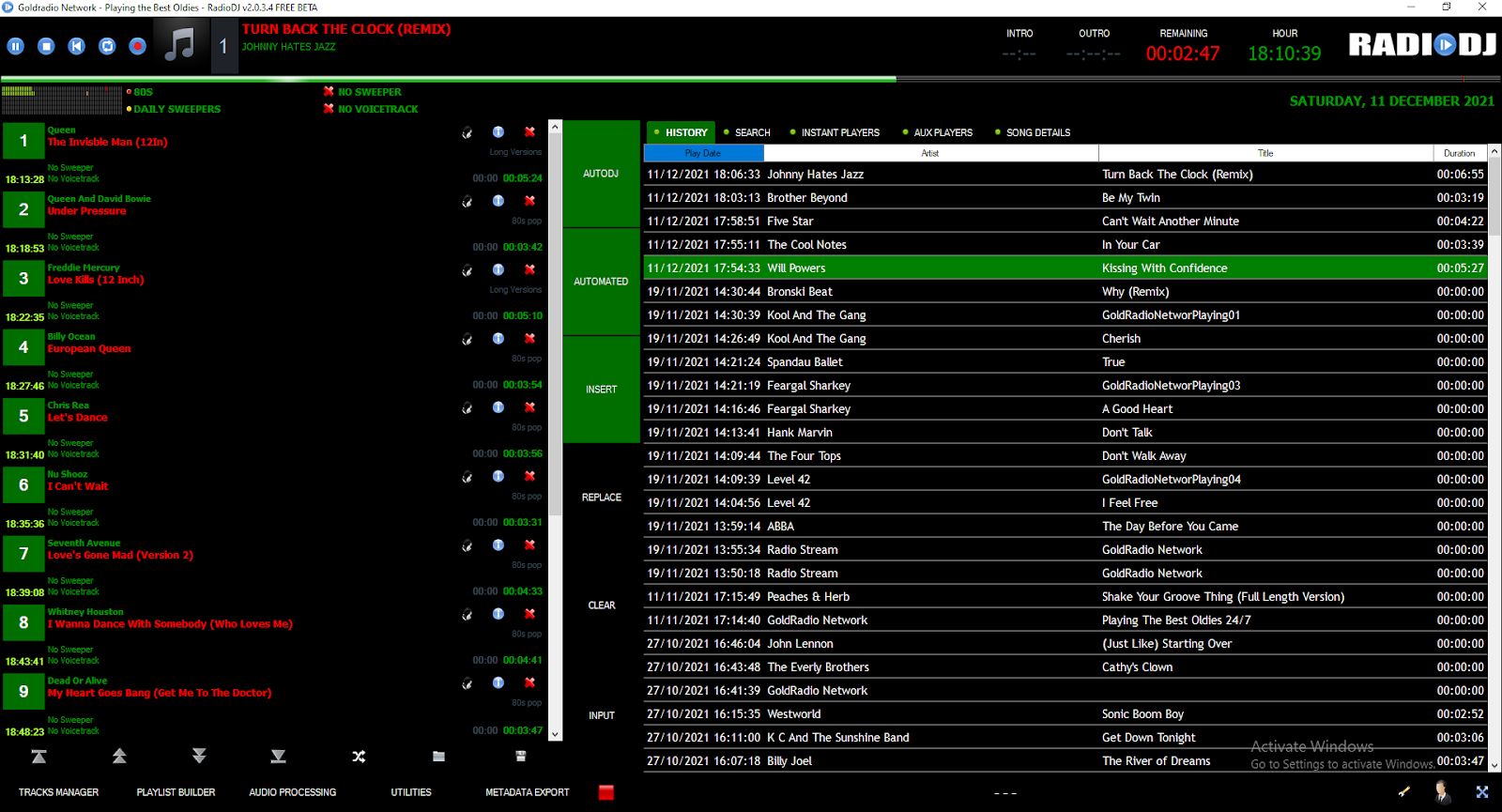 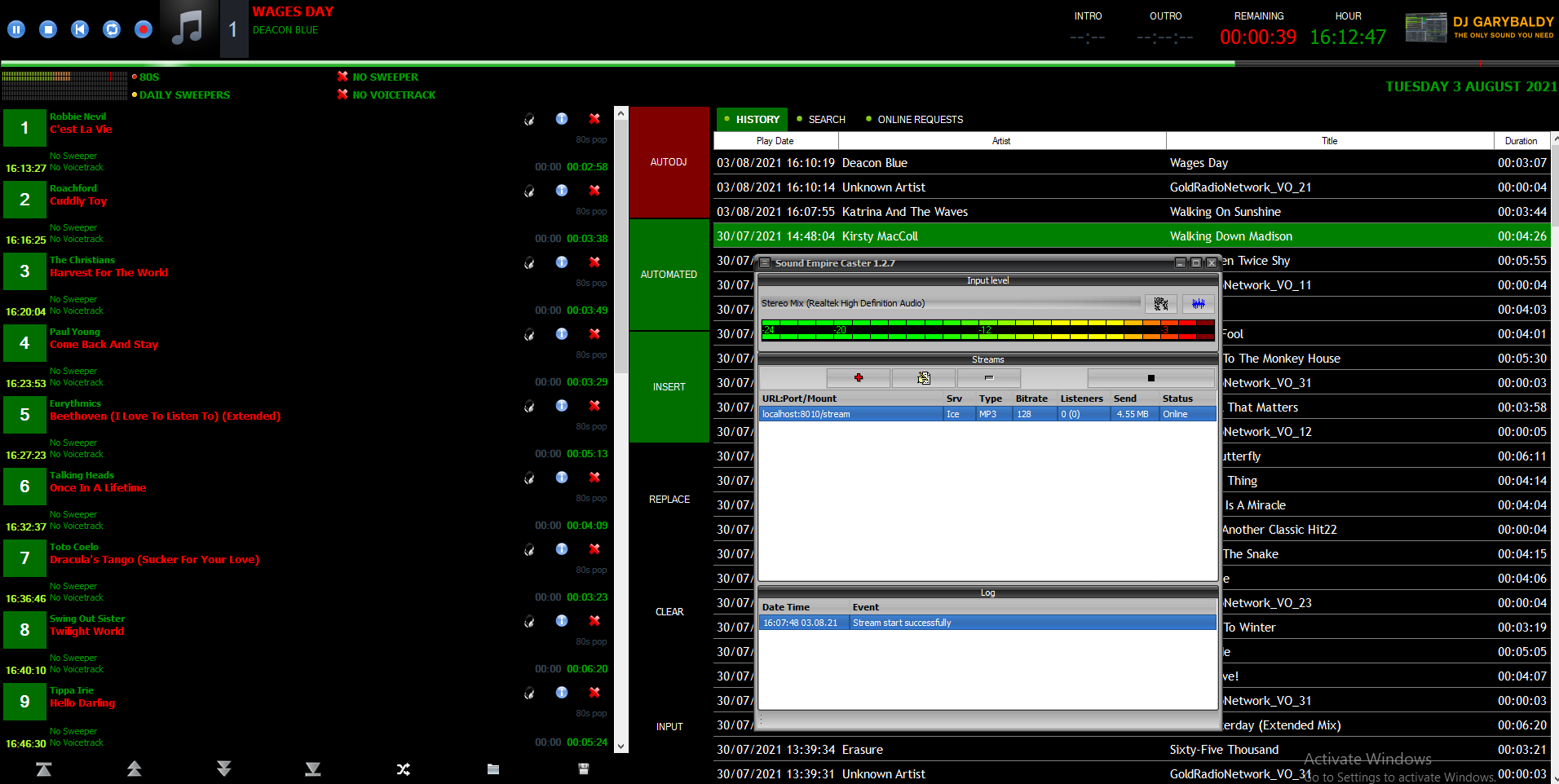 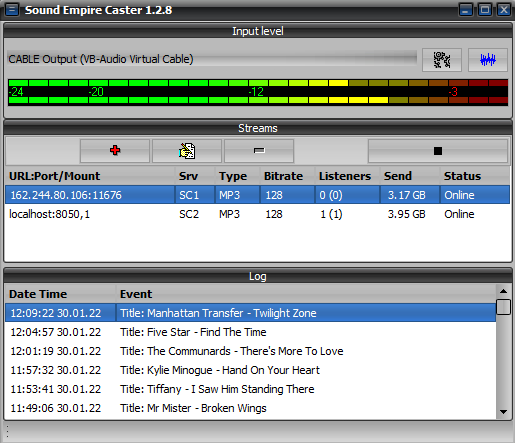 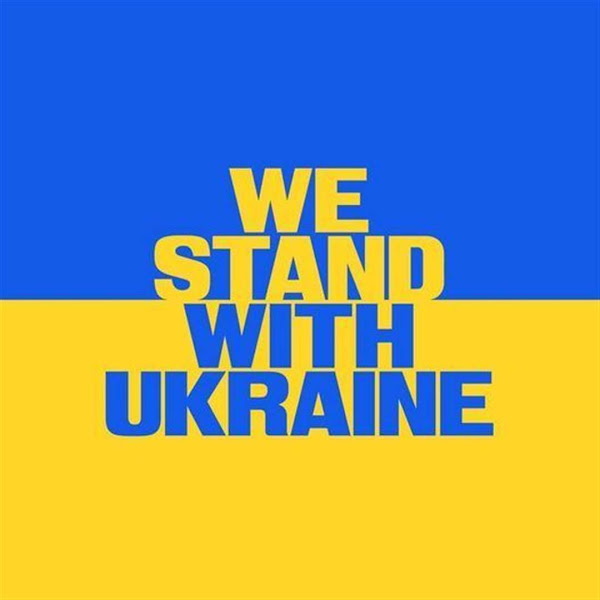 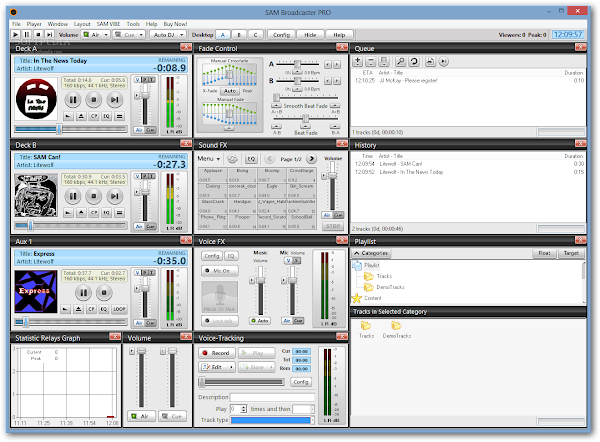